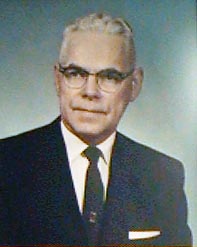 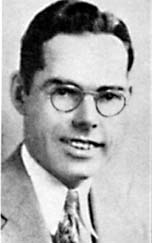 Mr. Nixon was born on June 1, 1897 in Trego County, and received his early education there. Lester W. Nixon's teaching career began in 1916. Armed with a teaching certificate and an abiding love of knowledge, he started teaching in a one-room school near Natoma in Osborne County.  In 1918 he enrolled in Kansas Weselyan University in Salina, but military service during World War I interrupted his studies.   After the war, Nixon returned to Kansas Wesleyan, graduating in 1921.  He resumed his teaching career at Covert High School, where he also served as principal. From Covert he moved to Natoma to be superintendent of the city school district for two years and then went on to Potter to serve as the high school principal. On June 11, 1924, he married a young, pretty teacher named Maudine Smith. Lester and Maudine were  married at the Smith Chapel in Marshall, MO. The Nixons both taught at Sun City in Barber County during the next two years. In September 1926, they enrolled in Columbia University in New York, where they each received their Master's Degrees in 1927. During that year Nixon was elected to Phi Delta Kappa, a national honorary education fraternity. He went on to teach in Elizabeth, NJ at a high school of 3,600 students representing 27 different nationalities. In 1929 the Nixons returned to Kansas, where she taught at Oil Hill School in the El Dorado school system and he joined the faculty of the El Dorado Junior College which was only a year old at the time.

During his 38 years at the college, Nixon taught such classes as literature, composition, psychology, speech and debate. He directed more than 50 major play productions and coached debate. In 1938, 1951 and 1955 his debate teams placed first in the National Junior College Debate Tournament. Also, he served as advisor for the student newspaper and yearbook, and was head of the language and literature department. He was nominated as Kansas Teacher of the Year in 1959. Through the years Nixon completed advanced graduate courses from the University of Colorado, Kansas State Teachers College at Emporia and Friends University. 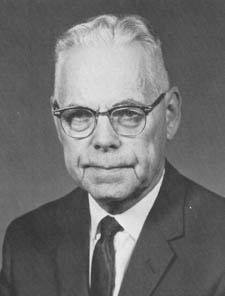 ral years after retiring in 1967 from Butler Community College, Nixon would walk the four miles from his home to the college where he would attend graduations, plays, High Q competitions and just about anything else going on at Butler. It used to be standard procedure at the college to automatically retire at age 65, but because Nixon was considered such an outstanding teacher, he was granted an exception and was allowed to stay until he turned 70. Although he had been a successful public school and college administrator, Nixon has said that his true love was being a teacher at the college. In fact, he turned down several opportunities at four-year universities to stay at Butler Community College. He said that he was particularly proud to have been an influence on many of his students who followed in his footsteps to become educators themselves. "I am especially pleased to have been involved in the transition of a small local junior college - with an enrollment of less than 100." Said Nixon, "to an outstanding regional community college that has reached high levels of state and national recognition for its outstanding programs."   Throughout his 38 years at Butler, he saw the young, small school struggle for existence, develop an academic stature in the community and finally demand a program of revision and expansion. In 1966 the result was the creation of Butler Community College. Because he had been one of the key individuals involved in the process of establishing the new campus and because he was a fervent supporter of building a library collection second to none among the two-year colleges in the state, the Butler Community College library was named in his honor in 1982. Lester and Maudine in their later years moved into the Beverly Health and Rehabilitation Center in El Dorado.  They have three sons -- Douglas, Colorado Springs, CO; Keith, Phoenix, AZ; and Wendell, Littleton, CO, eight grandchildren, and eight great grandchildren.  Lester William Nixon passed away on June 27, 1999, at Beverly Health and Rehabilitation Center in El Dorado.